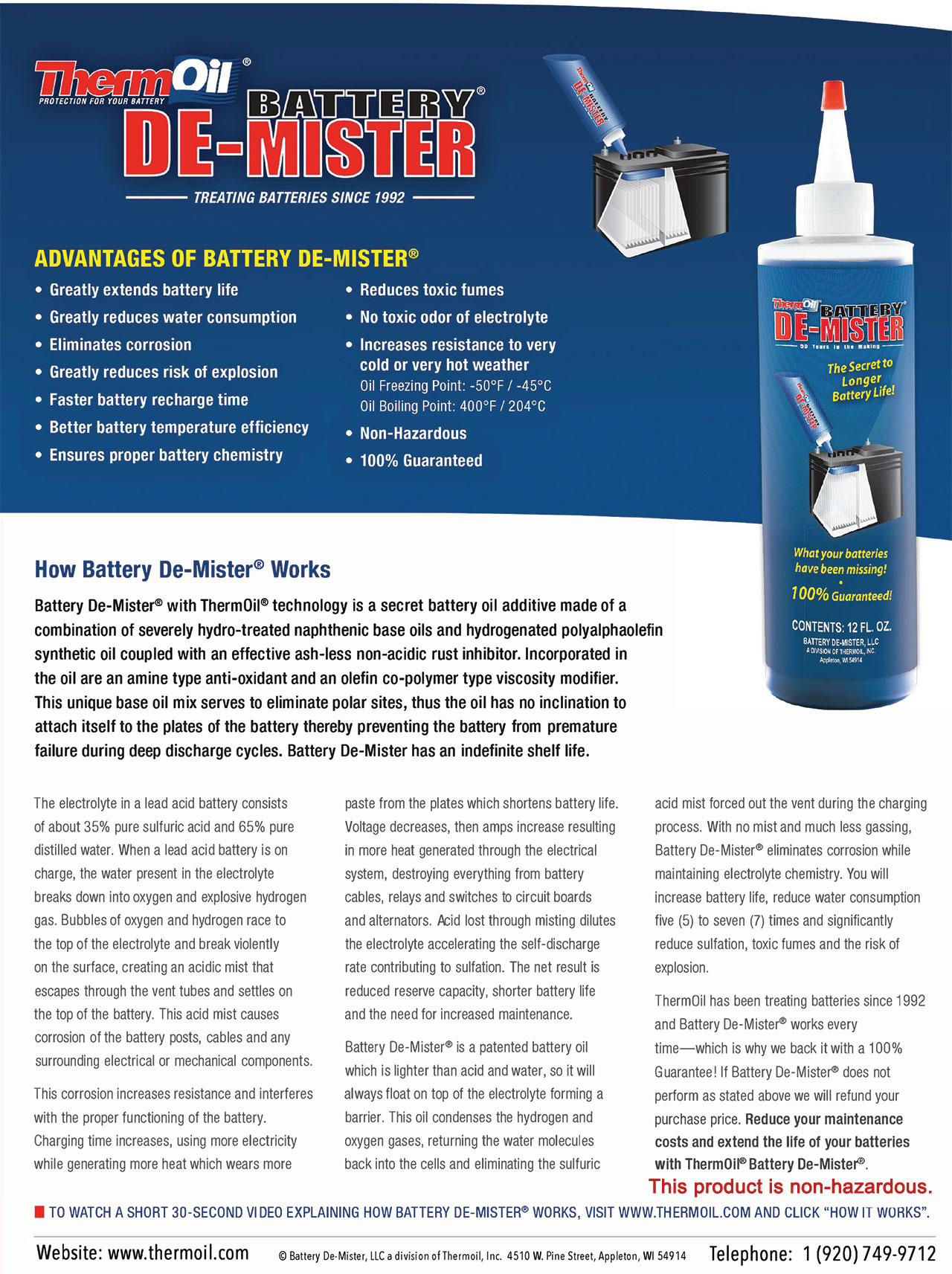 Battery De-Mister® with ThermOil® technology is a secret battery oil additive made of a combination of severely hydro-treated naphthenic base oils and hydrogenated polyalphaolefin synthetic oil coupled with an effective ash-less non-acidic rust inhibitor. Incorporated in the oil are an amine type anti-oxidant and an olefi n co-polymer type viscosity modifier. This unique base oil mix serves to eliminate polar sites, thus the oil has no inclination to attach itself to the plates of the battery thereby preventing the battery from premature failure during deep discharge cycles. Battery De-Mister has an indefinite shelf life. 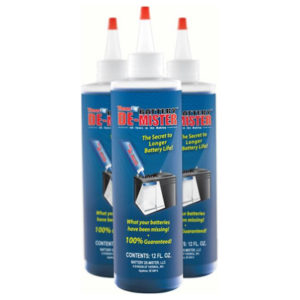 During charging, the chemical process taking place breaks down water into hydrogen, an explosive gas, and oxygen, which corrodes battery posts, cable ends, and any surrounding metallic parts. Continual overcharging increases the internal temperature of the battery, accelerating the destruction of the battery plates and leading to premature failure. The balanced Battery De-Mister® mixture in the battery increases the re-combination of the hydrogen and oxygen gases over a conventional battery and greatly extends the intervals between water additions. When an oil battery is overcharged, the hydrogen and oxygen gases migrating to the electrolyte surface are slowed by the oil, greatly reducing the acid mist and fumes generated in the charging process.

The oil condenses the hydrogen and oxygen gases, returns the water molecules back into the cell and virtually eliminates the sulfuric acid mist forced out the vent during the charging process.

With virtually no mist and much less gassing, the battery top remains free of acid deposits, thus the chemistry of the electrolyte remains the same while greatly reducing water consumption, toxic fumes, explosion and thus eliminating post and cable corrosion while reducing current leakage across the battery cover. Frequent cleaning of the battery, cables and battery tray are no longer necessary to keep the damaging effect of the sulfuric acid from ruining the surrounding equipment.

For best results, the layer of Battery De-Mister® in each cell must be at least 1/2 inch deep for deep cycle batteries and 1/3 inch deep for starting batteries. Below are pre-calculated values for many common battery models. 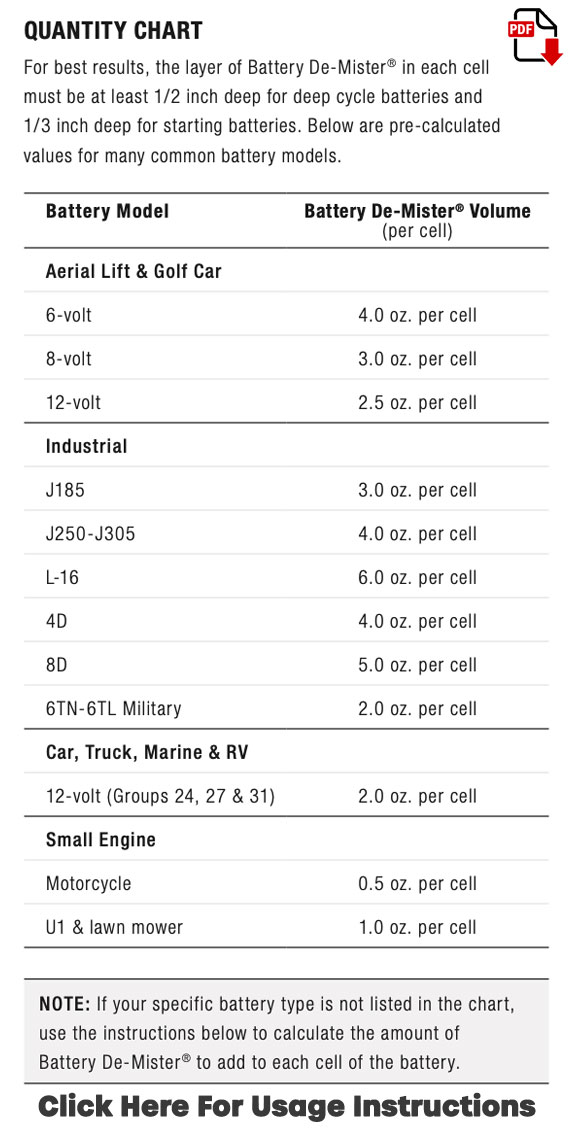 NOTE: If your specific battery type is not listed in the chart, use the instructions below to calculate the amount of Battery De-Mister® to add to each cell of the battery.